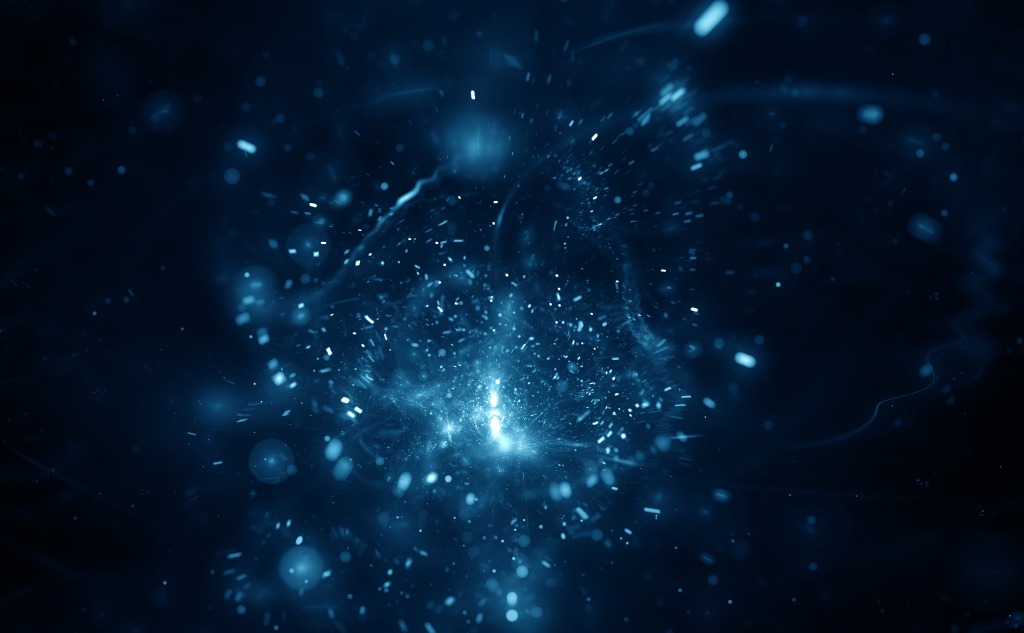 This is your mission 04 of the epochs of the Universe.

The Particle Era is the beginning of the particle soup filling the Universe.

So if you want to travel back in time and experience the Particle Era, then this article is for you.

Mission 04 of the Epochs of the Universe – Particle Era

Now at this stage, the fifth epoch, the Universe is taking shape after the electroweak symmetry breaking.

In this epoch, particles begin to form, and now a “particle soup” fills the Universe.

In the previous epochs, matter did not exist because particles could not form and bind due to extreme conditions.

In this epoch, we get to learn about the formation of particles.

This epoch occurs after the Electroweak Era, where the expansion of the Universe happens.

Now in the Particle Era, we see how particles are being formed and annihilated.

A few epochs were included in the Particle Era:

In this era, the two particle families form:

Different types of particles are created on different timelines until the nucleosynthesis process happens. Some of them decay in the process.

What particles were formed in this era?

What is causing the particles to form?

Why do some particles annihilate?

We will answer these questions as we get into more detail.

What Do You See?

In this epoch, we see more changes compared to the previous one, Electroweak Era.

Not only has the Universe expanded, but now particles have also begun forming.

The first particles started to form immediately after the electroweak symmetry breaking.

In the Quark Epoch, between 10^-12 seconds and 10^-5 seconds, the Universe is filled with dense, quark-gluon plasma containing quarks, leptons, and anti-particles.

A quark is a tiny elementary particle that makes up protons and neutrons.

The particles collided, allowing quarks to combine to form mesons and baryons.

Mesons are made of one quark and one anti-quark.

Baryons are subatomic particles like protons and neutrons and are composed of three quarks.

Now in the Hadron Epoch, the Universe cooled until hadrons could form.

A hadron particle is a composite particle that is made of two or more quarks.

As the temperature dropped, hadron and anti-hadron pairs were no longer created.

Most of the newly formed hadrons and anti-hadrons annihilated each other resulting in the formation of high-energy photons.

A small number of hadrons remained in the Universe at around one second after the Big Bang.

In the Lepton Epoch, we now see leptons and antileptons in the Universe.

A lepton is an elementary, subatomic particle that only responds to electromagnetic force, weak force, and gravity. They are different from quarks.

Ten seconds after the Big Bang, the Universe’s temperature drops to an extent lepton, and antilepton pairs don’t form.

The leptons and antileptons that remained annihilated each other, resulting in high-energy particles forming like in the Hadron Epoch.

So now particles have been formed, but atoms have not been created yet, so light still does not exist.

The temperatures are still too high for the particles to bind.

What Do You Feel?

Various particles are formed in the Particle Era; some are due to the interactions between other particles.

At first, the Universe’s temperature was too high for particles to form.

Now, as the Universe expanded, the temperature continued to drop, allowing the formation of particles.

The temperature of the Universe during the Quark Epoch is between 10^15 Kelvins to 10^12 Kelvins. This was still too high for quarks to combine.

Also, during this epoch, the Universe was filled with dense, hot quark-gluon plasma.

In the Hadron Epoch, the temperature continues to drop and is between 10^12 Kelvins and 10^10 Kelvins.

The dense, hot quark-gluon plasma cools until hadrons can form. As the temperature continues to fall further, the newly formed hadrons destroy each other without being replaced, giving rise to high-energy photons.

The last epoch in this era is the Lepton Epoch.

The path of this epoch is like that of the Hadron Epoch.

During this epoch, most matter in the Universe is made up of leptons and their anti-particles.

High-energy photons are also produced due to the destruction of leptons and antileptons caused by a temperature drop. The temperature is between 10^10 Kelvins and 10^9 Kelvins.

The destruction of the leptons and antileptons led to a relatively small surplus of leptons to occupy the future Universe.

What is Happening? Scientific Explanation

In terms of appearance, there is some development in the Universe.

Baryons are the normal, stable everyday matter comprising three quarks, and mesons are short-lived, unstable particles made up of one quark and one anti-quark.

The mesons annihilated each other, leaving protons and neutrons to make up the nucleus of future atoms.

Leptons formed after the hadrons, and they consist of:

The leptons followed the same path as that of the hadrons.

The leptons and antileptons annihilated each other to produce high-energy photons, leaving a small surplus of leptons in the Universe.

So, its size can be described as slightly larger than a grapefruit.

Galaxies, stars, and light have not formed yet because the temperatures are still too high for the particles to bind.

But as the Universe continues to expand and its temperature drops in the epochs ahead, particles will be able to bind to form galaxies and stars.

The Particle Era follows the Electroweak Era. This era occurs between 10^-12 and 10 seconds after the Big Bang.

There are three epochs included in the Particle Era that occur along with different timelines.

The first one was the Quark Epoch, when the Universe was filled with hot, dense quark-gluon plasma. It happened between 10^-12 seconds and 10^-5 seconds after the Big Bang.

The second epoch is the Hadron Epoch, which occurred between 10^-5 seconds and 1 second after the Big Bang.

In this brief period, the quark-gluon plasma cools until it forms hadrons. As the temperature continues to drop, hadron pairs are no longer formed.

The new hadron pairs annihilate each other to give rise to high-energy photons.

Lastly is the Lepton Epoch that occurred between 1 second and 10 seconds after the Big Bang.

After the hadron and anti-hadron pairs annihilate each other, the leptons and antileptons form. This epoch follows the same path as the Hadron Epoch.

The Particle Era lasts for about 22 seconds.

Overall, in this era, we look at the formation of particles in the Universe. It includes three epochs:

In the Quark Epoch, the Universe is filled with dense, hot quark-gluon plasma that consists of leptons, quarks, and anti-particles.

The Hadron Epoch is when the quark-gluon plasma cools to form hadrons.

As the temperature drops further, the newly formed hadron and anti-hadron particles annihilate each other to produce high-energy protons.

The last epoch is the Lepton Epoch, where the lepton formation occurs.

It happens after the hadrons and anti-hadrons have annihilated each other. It follows a similar path to that of the Hadron Epoch.

This epoch happens between 1 second and 10 seconds after the Big Bang at temperatures between 10^10 Kelvins and 10^9 Kelvins.

The Universe is still expanding at a slower rate, and the Universe’s temperature is too high to allow for the binding of particles to form galaxies and stars.

So, galaxies, stars, and light do not exist in this epoch.

Get answers to some frequently asked questions about Mission 04: Particle Era.

Why Did the Particles Eventually Dominate the Anti-Particles?

Experiments at high-energy accelerators show that if you begin with equal amounts of particles and anti-particles, the interactions between them will cause more particles to form.

What Were the First Particles To Appear?

Quarks and gluons were the first particles to appear in the Universe. As the early Universe expanded and cooled, it was changing so fast.

The quarks now exist as protons, neurons, and the few remaining hadrons that have existed for the last 13.8 billion years.

Why Do Particles and Anti-Particles Annihilate?

Particles and anti-particles have the same mass, but properties like the electric charge are opposite.

So, when they come into contact, they annihilate each other due to the opposite electric charges, giving rise to high-energy photons.

Do Quarks and Anti-Quarks Annihilate?

This depends on the type of quarks. Suppose it’s a quark with its respective anti-quark.

In that case, they will annihilate, but if it’s a quark with a different anti-quark, they will not annihilate; they will form a meson.

Epochs of the Universe: Mission Selection