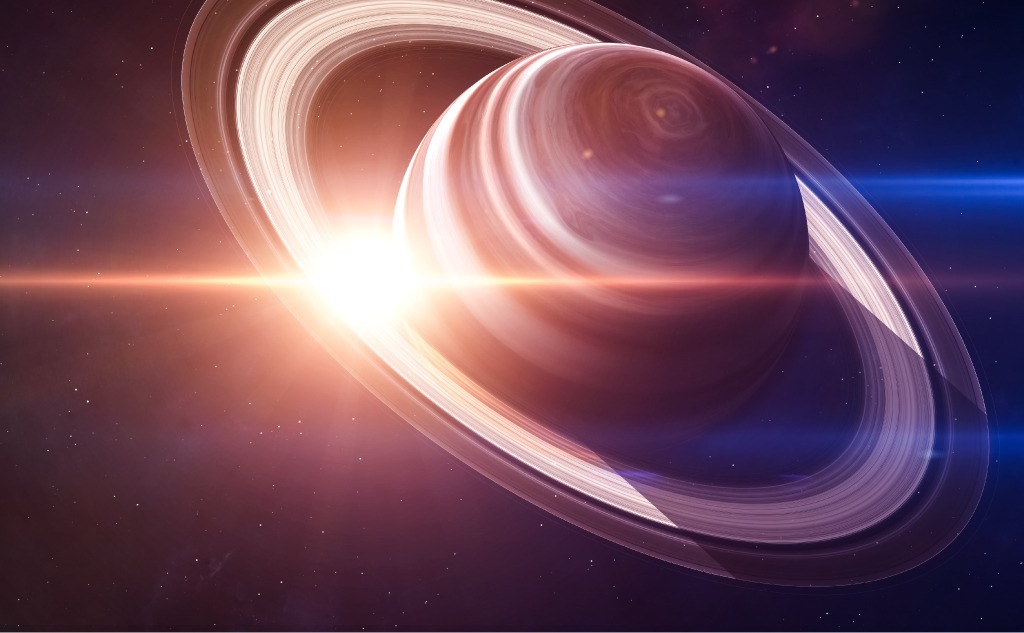 This is about how it would be to live on the planet Saturn.

How about a single one of your new years is the same as 29 years on Earth?

So if you want to know how life on Saturn might be, this article is for you.

What Would It Be Like To Live on Saturn?

So, you are thinking of living on Saturn?

You have decided to inhabit the most famous planet in our solar system, Saturn.

Recognized by people of all ages for its magnificent ring system, Saturn is one of the four gas giants of the outer solar system.

However, living on Saturn is not as glitzy and glamorous as it may seem.

Rather, it is a frigid world full of surprise and betrayal.

And, like the other gaseous planets, you technically could not live on Saturn simply because it has no solid surfaces.

But, let’s put that idea aside, assume that we are equipped with technologies needed to survive, and inspect your new home.

Much like our article about living on Jupiter, selecting where you will actually be living on Saturn will be crucial.

Given the radically different conditions, depending on where you are, things could get a bit unpleasant.

Living On the Inside of Saturn

If you are a warm-weather person or looking for a balmy place to retire, you could build your home in Saturn’s interior.

However, be forewarned that temperatures are likely able to soar as high as 21,000º Fahrenheit.

Even though Saturn is a frozen world, sitting 887 million miles from the Sun, its core is scorching hot.

In fact, Saturn spits out double to heat it takes in from the Sun.

Living Near the Surface

Instead, it will be much more appealing to live on the outer regions of Saturn.

Using proper technology, you will want to have a well-protected dome structure that can float in the ringed planet’s upper atmosphere.

Up here, atmospheric pressure can drop to quasi-Earth-like levels and prove much more ideal.

Although, ideal may not be the most fitting term, as your atmosphere is now made mostly of ammonia ice.

Now that you have selected a location let’s review your new routine.

Your Typical Day on Saturn

You will quickly notice living on Saturn. Your days only last for 11 hours or 45% of your typical Earth day.

So, on the bright side, two-day shipping on Saturn’s version of Amazon would technically be completed within a single Earth day.

Now, it’s time to explore. And, you definitely have a planet full of visual wonders to enjoy.

Your location and planning are highly important when sightseeing on Saturn, simply because of the sheer size.

Your new home is nearly 240,000 miles around and almost 75,000 miles wide. So, traveling at highway speeds from the south to north pole would take a little over 1,100 hours.

But, if you can make it northward, you can witness the stunning auroras.

The mind-blowing light shows will remind you of Earth’s, except that Saturn’s auroras are actually bigger than the entire planet Earth itself.

Plus, your new planet has a mysterious but fascinating hexagon shape on its north pole.

And, this polar attraction has been a beautifully puzzling mystery to astronomers for decades. However, it is widely believed to be the cause of powerful jet winds interacting with each other.

Your Typical Night on Saturn

Although your night is now much shorter than your day, you are in for some spectacular treats.

If you enjoyed the gleaming silver Moon on Earth, how would you like 62 Moons?

In fact, you now get to enjoy the second-largest Moon in the solar system, Titan.

At half the size of Earth, this massive satellite is the only Moon known to contain clouds and a planet-like atmosphere (summer vacation spot?).

Plus, if you remembered to bring your telescope along, you now have constant access to truly dark skies, optimal for observing.

Taking up amateur astronomy while living on distant Saturn may help cure your inevitable loneliness.

For instance, here is actual audio recorded by NASA’s Cassini spacecraft in 2003, while orbiting your lonely planet:

Now, it’s time for the main attraction. The primary reason you moved to the sixth planet from the Sun, it’s rings.

The multiple rings are composed almost entirely of water ice chunks. And, these ice chunks can be the size of sand grains to as big as a typical building.

Astonishingly, the rings stretch out for 240,000 miles but are only around 30 feet thick.

In other words, if the rings were scaled down to the size of a piece of standard paper, the paper would be 10,000 times thicker than the rings.

A terrific and more thorough explanation of this scenario can be found on Phil Plait’s blog.

There are several theories as to how your planet’s flagship landmark came to be.

Some think a series of asteroid collisions with Saturn’s Moons caused leftover debris to be trapped in orbit.

Others think it may be leftover debris from the original formation of our solar system’s planets over four billion years ago.

Regardless, if you see one attraction in your first year on Saturn, make it the rings.

Your Typical Year on Saturn

Despite your short days and nights, your new year is much longer now.

Because of its far-out orbit, a single year on Saturn lasts for nearly 10,800 Earth days.

A single one of your new years is the same as 29 years on your previous planet.

In other words, if you left Earth at 40 years old, you will be turning one this year on Saturn. You were afraid of being “over the hill,” now you’re a baby.

Furthermore, your gravity is very similar to Earth’s.

Despite Saturn’s massive stature, it is made of light gases and weighs very little in relation to its size.

So, your jumping, weight, and lifting capabilities will stay nearly the same.

Actually, if anything, they will each increase slightly favorably. A newborn with a slim physique and decent vertical? Not bad.

Your Saturn weather forecast is freezing, with lightning storms and a 50% chance of diamond rain. That is not a typo; diamond rain.

Essentially, your atmosphere, when struck by lightning, has the capability to create carbon atoms. Then, as these carbon atoms fall closer to your planet’s core, they experience tremendous pressure.

The result is millions of tiny diamond raindrops showering your planet, like a cosmic Jay Z music video.

However, you may want to spend some of your newfound diamond cash on the best parka money can buy.

Your average surface temperature living on Saturn is now -288º Fahrenheit.

Very little of the Sun’s light hits Saturn, compared to Earth. Therefore, from your equator to your poles, very little temperature fluctuation occurs.

Instead, your only substantial heat source is your interior and core.

Though, as mentioned above, your interior is like a raging furnace. So, we recommend electing to tough it out in the frozen exterior!

Are you somebody who enjoys truly dark and cold evenings?

Do you ever find yourself thinking, “I wish this year would last 29 times as long?”

Would you delight in being surrounded by mysterious paper-thin rings of ice chunks and showered by a girl’s best friend?

Then, living on Saturn is the ideal situation for you.

However, at a desolate 887 million miles from the Sun, living on Saturn is downright frigid.

Also, we should warn you that since diamonds are now just a common raindrop, trying to sell them would be like selling dirty water on Earth.

See What Life Would Be Like on Another Plant