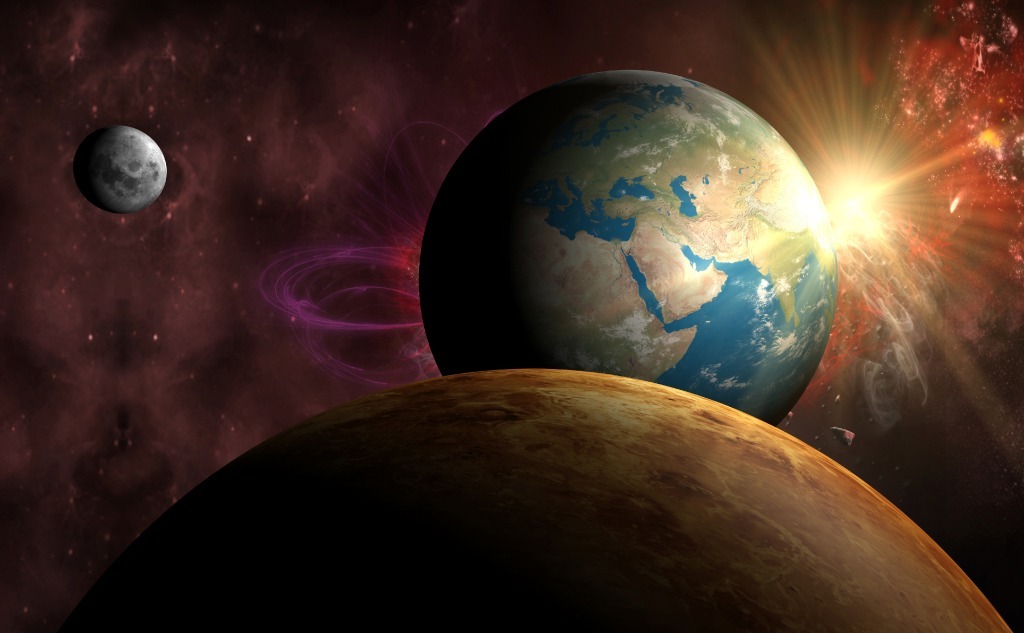 This is about the hottest planet in our solar system: Venus

So if you want to know about the hottest planet in our Solar System, then you’re in the right place.

The Hottest Planet in Our Solar System

Naturally, whatever planet lies closest to the Sun should have the highest temperatures, right?

Therefore, shouldn’t Mercury be the warmest in the solar system?

Actually, Venus, the second planet from the Sun, is by far the hottest planet.

Basically, the greenhouse effect occurs when radiation (light) passes through a clear medium (like glass).

However, longer wavelengths, like infrared heat, are unable to pass through, becoming trapped.

Actually, we also experience this same effect when our car windows are rolled up on a hot summer day.

Similarly, light hits Venus and heats up the surface. Next, the surface tries to radiate the heat back out into space.

However, the heat now remains trapped, unable to pass through the thick carbon dioxide atmosphere.

As a result, no matter what time of day, month or year, Venus swelters at a whopping 870º F.

In other words, the lead would melt on Venus’ surface at any given time.

Surprisingly, astronomers believe Venus was once quite similar to Earth.

In fact, they believe Venus’ surface even hosted liquid water. What happened?

Billions of years ago, Venus began heating up. Eventually, all surface water evaporated into the planet’s atmosphere. Not to mention, water vapor is also a powerful greenhouse agent.

Ultimately, Venus became so hot that even the carbon in the planet’s rocks and dirt evaporated into the atmosphere, mixing with oxygen to create even more carbon dioxide.

Then, over time Venus became the runaway greenhouse heater that it is today.

The planet hosts our solar system’s most hostile heat and unbearable pressures. Even being second from the Sun.