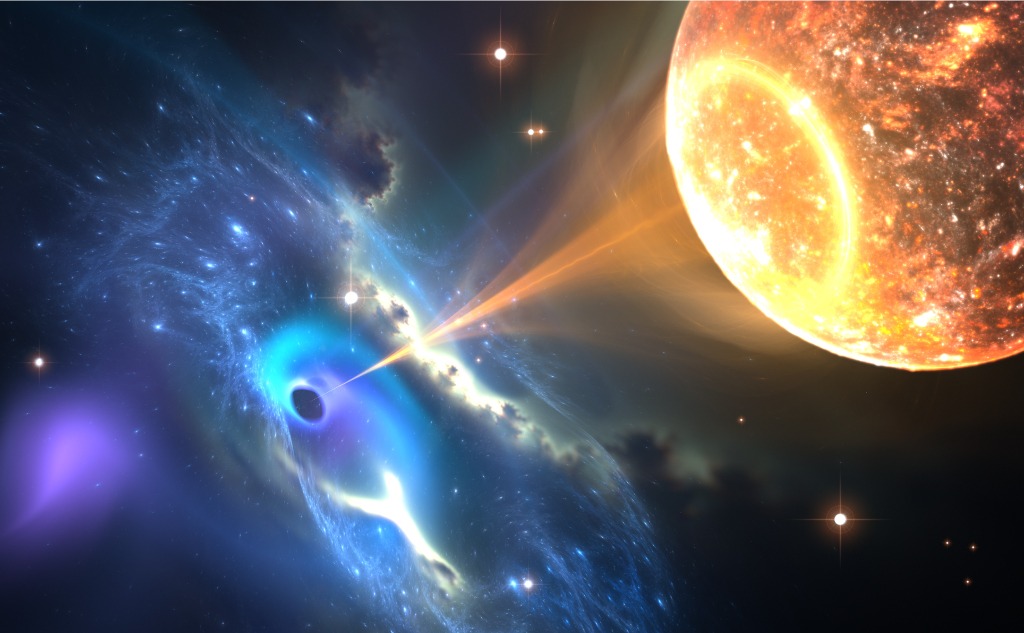 This is about how black holes form.

There are three theories.

So if you want to know how a black hole forms, then you’re in the right place.

The Forming of Black Holes

Fascinating to us, black holes are the focus of countless sci-fi flicks, novels, and more.

But, how are black holes formed?

Actually, there are multiple answers to this question.

What Is a Black Hole?

Black holes are points in space where gravity and pressure are so strong that nothing can escape, not even light.

In fact, since not even light can escape the tremendous power, black holes remain invisible in space, giving black holes their name.

So, how are black holes formed?

3 Theories How Black Holes Are Formed

Shortly after the big bang, the universe was an extremely dense cosmic soup. Matter (mainly hydrogen) tightly packs small spaces. This tightly-packed environment that would have caused primordial black holes.

One hundred times the power of Hubble, James Webb Space Telescope will see far into the past, when the universe was a mere infant. Launching in 2018, JWST may allow us to detect these hypothetical objects.

Stellar black holes form when the cores of massive stars collapse inward on themselves. As massive stars run out of nuclear fuel, they can no longer fight their own gravity.

Finally, a black hole remains where the star once sat in space.

Ultimately, our Sun will never turn into a black hole because of its “small” size. Rather, stars must be at least 20 times the mass of our Sun to form a stellar black hole.

Naturally, we have not directly seen a stellar black hole. However, we can monitor their effect on surrounding objects.

Finally, as the star draws nearer, we can observe the light emitted as the black hole devours it, releasing tremendous energy and radiation.

Supermassive black holes sit ominously at the center of most galaxies.

Currently, we know very little about how these objects form. But, it is widely thought that they form at the same time as their host galaxy.

As galaxies form, unfathomable amounts of gas and debris swirl around.

Similar to a large star’s collapse, the gas cloud’s mass, gravity, and density come crashing down. The result is believed to be a supermassive black hole.