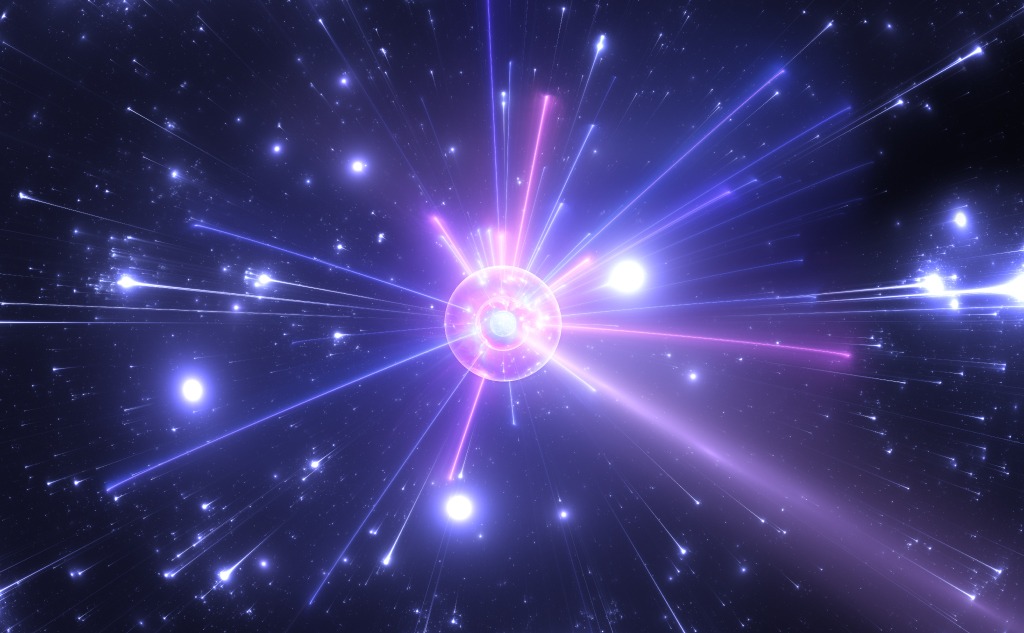 This is about antimatter in the Milky Way.

But what causes those gamma-ray emissions?

What Causes Antimatter in the Milky Way?

Since the infancy of our 13.8-billion-year-old universe, matter has had its counterpart, antimatter.

Identical in every single way to ordinary matter (protons, electrons, etc.), only with an opposite charge.

Yet, while our familiar normal matter drastically dominates the universe, antimatter still exists, even in our own galaxy.

But, what causes antimatter in the Milky Way?

The Love-Hate History of Matter and Antimatter

Firstly, as a backstory, only shortly after the big bang, matter and antimatter existed in equal amounts during our universe’s very young age.

Positively charged protons are produced in equal amounts as negatively charged antiprotons. And negative electrons equal to positive positrons, and so on.

However, upon interacting, the counterparts instantly destroy each other, leaving behind only pure energy. Seems to be a fair fight, no?

Actually, somewhere along with the universe’s early life, our now familiar and “normal” matter won, all but defeating its doppelgänger particles.

As a result, matter, as we know it, exists everywhere compared to meager amounts of antimatter.

Planets, galaxies, cars, people, it’s all made from normal matter, not antimatter. Fortunately, this allowed life and humans to exist in general.

Gamma-Ray Emissions: Evidence of Antimatter in the Milky Way?

Today, we detect antimatter in various places of the universe. In fact, surprisingly large amounts exist in our own Milky Way galaxy, especially toward the center or bulge.

But, what causes the antimatter in the Milky Way?

Therefore, we know large quantities of antimatter must exist, especially toward the center of the Milky Way.

Could the supermassive black hole in our galaxy’s center be our culprit?

Or, does mysterious and unknown dark matter cause it?

Could Antimatter in the Milky Way Come From White Dwarf Stars Merging?

When stars similar to our Sun’s mass die, they leave behind tiny hot core remnants called white dwarfs. In some cases, the mass transfer occurs in which gas gets passed between the two stars.

Eventually, the two white dwarfs can even merge completely. The result, type IA supernova (pronounced “one A”) explosions generate loads of radioactive material, capable of decaying into none other than positrons.